Can a DUI Be Expunged?

Are you having a problem with your background check? Is your conviction or arrest record holding you back from getting a job, renting an apartment, or getting credit? No one is immune to making mistakes and bad decisions. But, some mistakes can follow you for the rest of your life.

A DUI conviction that was made years ago can not only affect you personally and professionally, it can also affect your family life. What&#39;s more, with the development of technology, your criminal record is readily available to anyone with a computer or smartphone.

But, what if you could wipe your slate clean and not have to fear background checks again? Well, in some cases, you can.

Expungement in Washington refers to the process of asking the court to remove an arrest or conviction from your criminal record. In most cases, this will require you to:
● Have never had a conviction expunged before;
● Have not been convicted of any other crime since the conviction for which you are seeking an expungement;
● Have no pending criminal charges;
● Have no restraining order against you;
● Have already completed all of the terms of your sentence, including any fines, fees, restitution, probation, community service, and jail time; and
● Have completed the specific expungement waiting period for the specific crime you wish to have expunged.

Can a DUI be Expunged in Washington?

In short, the answer is no. A DUI cannot be expunged in the State of Washington. RCW 9.96.060 specifically prohibits the expungement of DUI and Physical Control convictions. The only way to clear your record of a DUI conviction in Washington is to keep it off of your record in the first place. However, if your DUI charge was reduced as part of a plea agreement, you may be able to have a conviction for the reduced charge expunged. This is why it is extremely important to engage an experienced DUI defense attorney in the defense of a DUI charge as soon as possible after your arrest.

A good DUI defense attorney may be able to help you avoid a DUI by negotiating an agreement with the prosecutor, whereby you enter a guilty plea in exchange for a lesser conviction. In other cases, your attorney may be able to get the charges dismissed if proper police protocol was not followed during the stop and/or arrest or if the evidence was handled inappropriately.

Negligent Driving in the First Degree

One common way to avoid a DUI conviction in Washington is to have the charge reduced to Negligent Driving in the First Degree (a misdemeanor). If you are convicted of this reduced charge, you may be able to have it expunged later, as long as you wait up to 3 years from the date of your arrest, have no subsequent alcohol or drug-related convictions, and meet all of the normal expungement requirements.

Another common reduction in Washington DUI cases is to a charge of Reckless Driving (a felony). This is a much more serious offense than Negligent Driving, but may still be expunged. However, along with meeting all of the normal expungement eligibility requirements and having no subsequent alcohol or drug-related convictions, you may be required to wait as long as 10 years after the date of your arrest before you can petition for an expungement.

If your DUI charge was reduced to a charge other than Negligent Driving in the First Degree or Reckless Driving, you may not have to wait many years to have the conviction expunged. However, it is important to consult with an experienced DUI attorney to understand the crime you were convicted of and the specific requirements for having that conviction expunged.

The DUI defense attorneys at our law firm help individuals put their past where it is supposed to be—behind them. We handle DUI cases all over the state of Washington and offer a free case evaluation.You are only one phone call away from the help you need and deserve. Call us today to find out if you qualify for an expungement. 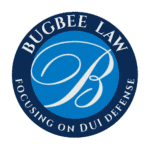